Beware, The People Of WallMart Are Now All Spies

If, for some fucking reason, you still shop at Wallmart, I pity you. I have been in a few, only because I needed one specific item and they were the only thing open.
I can only describe it as being ankle deep in shit after you dived in head first.

Do you see these people? 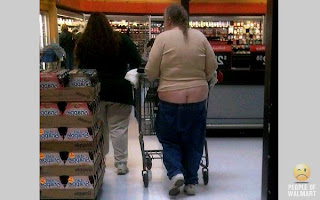 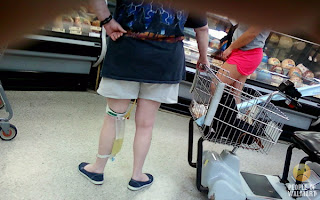 This is a small sampling of what you will typically see in one of these places. 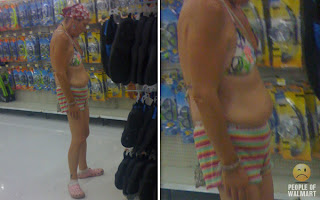 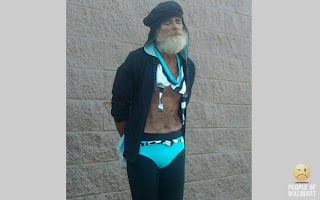 Believe that shit? It's fucking true.
Do you want to know the best part?
Every one of these people has now been officially encouraged to call the Department of Homeland Security on yer ass if they think you are buying too much of one thing or another or think you look funny. That is no joke.

People like this literal shit stain have been encouraged by Janet Napolitano, head of DHS, to " Say Something If You See Something 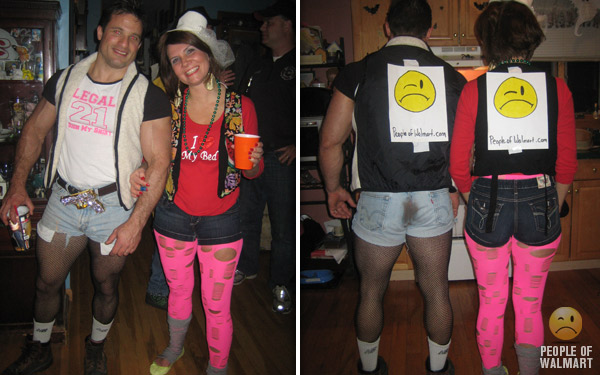 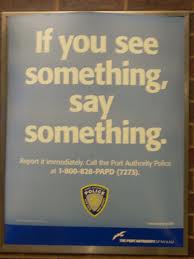 So, if you go buy a couple bricks of .22 ammo and one of these fuckwits hasn't taken their medication that day, you could get a nasty surprise when you go to get in your car.

I, for one, have had quite enough of this over blown paranoia.
I have a better chance of getting hit by lightning than meeting Achmed riding his camel through the parking lot with a loaded AK47 and if I did meet Mr. Achmed, I would certainly want those bricks of .22 that I just tried to purchase at Wally World.

Get your fucking heads out of your asses and stand up for yourselves for Christ's fucking sakes and tell the government Nannies to go fuck themselves. This isn't Germany in 1932 and quit trying to make it that way.

I have better odds of getting mugged for my cell phone than being attacked by some fucking Jihadist and ya can't protect me from that, what makes you think you can protect me from Mr. Achmed?

Pull your head out of your ass and do something productive, like shipping hundreds of thousands of copies of   The Sound of Music to North Korea, postage due.

This Police State shit is getting old.

H/T to Mayberry for the heads up and H/T to Funny Pictures at Wall Mart for the pics.

BTW, when I put all those labels at the bottom? That's part of the commentary, I could give a shit about the labels for files thing.
Posted by Phil at 9:33 AM