I went to a junk yard Tuesday to pick up a spare tire and wheel for The RatMoblie.
Not having a spare isn't too cool.

While I was there I saw what I thought was a pretty decent looking mid 80's El Camino they had up front for sale as a "builder".

I didn't pay a lot of attention to it because it was raining and hailing and shit. I got caught in a hail storm while I was out there and had to take shelter in the nearest junker that turned out to be full of green mold but it didn't last long.

I also saw a station wagon that had the instrument cluster I wanted but didn't have the right tools so I wound up going back later.
I took a longer look at the El Camino that turned out to be an 83 GMC Caballero. 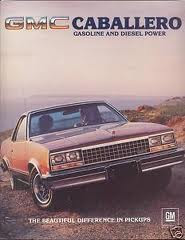 Damn was it clean. Good paint, nice interior and completely original. It even had brand new tires on it.
Of course it only had a V6 in it.
It had a price of $1999.00 on the windshield.

After I got back home I called them up and asked about it.
The guy didn't know anything about it because it had just came in but said it ran and drove and they would sell it for $1600.

That started it.
I started telling the wife about it.
She , of course, wanted nothing to do with it.
I told her whatever was wrong with it was worth fixing because this thing was nice!

Yeah, yeah.
Being the persistent little fucker I am, I wasn't dropping it.
Yeah, we could come up with the money.
I wheedled, begged, cajoled and generally turned into a pest but she finally relented.
I went down and looked at it again to make sure everything worked.
I noticed the lid to a quart bottle of transmission fluid under the hood and that gave me a serious pause but when I started it up it went right into gear.
This thing had the original radio in it and everything.
Completely bone stock.
Somebody took good care of it.
I gambled and paid the money. 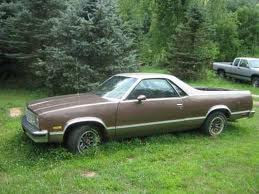 I had to go to work so I asked them to store it for me one day.
I went back with my dad to pick it up and sure as shit as the guy is trying to back it up to pull it up front I hear the engine revving and it not moving.

Fuck, the tranny is messed up.
He gets it out and I thank him. He tells me they put a little fluid in the transmission but not much.

I get it around the corner to a gas station and have Dad go to Freddy's and pick up 3 quarts and a funnel.
He comes back and I dump in 2 quarts and it goes right into gear.
I tell him to follow me and I went straight to my buddy who has a transmission shop.
The thing is trailing blue smoke the whole way and I can hear my wife bitching every inch of it.

It runs like a top though. It was so quiet I could hear the clock on the dashboard ticking when I was sitting at a light!
I get to the transmission shop and my buddy puts it on the hoist and there is fluid dripping on the floor. We thought maybe just the pan bolts were loose but no dice.
He cleans it up and runs it for a bit then picks it back up and finds a pressure switch puking. The blue smoke was from the switch puking fluid right onto the catalytic converter.
He says it is probably for the back up lights. He pulled it out, stuck a plug in it and charged me $20.
I love that guy.
Filled it back up and off I went.

While I was under it it I took a look around.
New tires, new shocks all the way around, new exhaust from from to back.
This thing looks like it's brand new underneath.
Runs like a champ, everything but the A/C works.

I have to take it to the State Police to have it inspected because it came out of a wrecking yard but I scored big time with this thing.
The guy at the wrecking yard said it was a one owner rig and had a huge stack of receipts going way back for all the maintenance and I believe him.
I even got the window sticker that has the estimated mileage on it from when it was new.

That picture up top?
That is the cover of the brochure from the dealer. I even got that with it! 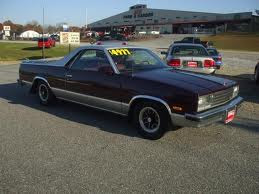 Notice the price in the windshield.......
Same color and everything. I do have to put a windshield in it eventually because it has a crack in it.
BFD.

I went from driving a POS looking like this, 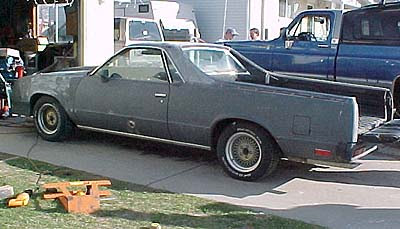 with no carpets, bad wiring, water oil and noisy exhaust leaks, to a cream puff like this.

Do I have an awesome wife or what?
The fact that she puts up with my ass alone should give you a pretty good idea.
Posted by Phil at 12:55 PM 6 comments:

I do believe it's time to cut loose a bit and let my friend George tear the place up.
If you never got to see George Thorogood in concert back in the day then you have no idea what you missed out on.

This is real rock and roll baby.