According To Cops, America's Neighborhoods Are "Battlefields"

If you have any doubts about how the police forces in this country have been acting more and more like military fighting groups, it's time to put them to rest.

American citizens are now "Enemy Combatants" and our neighborhoods are now "Sectors" to be patrolled with miltary equipment and military tactics.

This country is at war with its self and has been for a long damn time,it is just now that people are finally waking up to the undeniable rise in the rates of SWAT teams being deployed around the United States for formerly routine police duties.

If you still don't believe your lying eyes, go read this article that quotes several police officers from around the country.


One of the central themes of my book is that that too many cops today have been conditioned to see the people they serve not as citizens with rights, but as an enemy. My argument is that this battlefield mindset is the product of a generation of politicians telling police that they're at war with things -- drugs, terrorism, crime, etc. -- and have then equipped them with the uniforms, tactics, weapons, and other accoutrements of war.

Over the last several days, the popular online police magazine PoliceOne site has been rolling out a series of opinion pieces in response to my book. As you might expect, most of them are critical, although a couple have been thoughtful.

One essay by Sgt. Glenn French was particularly disturbing. French serves as commander of a SWAT team in Sterling Heights, Michigan. French doesn't criticize me for arguing that too many police officers have adopted this battlefield mindset. Rather, he embraces the combat mentality, and encourages other cops to do the same. Referring to an article I wrote here at HuffPost, French writes:

“What would it take to dial back such excessive police measures?” the author wrote. “The obvious place to start would be ending the federal grants that encourage police forces to acquire gear that is more appropriate for the battlefield. Beyond that, it is crucial to change the culture of militarization in American law enforcement.”

We trainers have spent the past decade trying to ingrain in our students the concept that the American police officer works a battlefield every day he patrols his sector.

Note the choice of words. Not neighborhood, but "sector." Although I suppose such parsing isn't even necessary when French just comes right out and declares America a battlefield. Note too that French isn't even referring to SWAT teams, here. He's suggesting that all cops be taught to view the streets and neighborhoods they patrol in this way.

This is going to come to a head someday in the near future, mark my words.

He is right that we already have cities in this country that have neighborhoods that resemble war zones and this constant escalation of force by the police departments is going to be met with an equal force one of these days.
It's just a matter of time.

You can bet your homesick ass the day that happens is the day you see the real military in our streets.
Posted by Phil at 1:51 AM 3 comments:

Ya Might Want To Pay A Bit Of Attention To This

I'm sure you have noticed the creeping inflation that producers have been trying to hide the past couple of years.
You know, the price doesn't really go up much but the sizes of the containers have shrunk considerably.

Inflation is real and it hits hard in countries that don't have the discretionary spending that the U.S. has.

" Across the Caribbean, food imports have become a budget-busting problem, prompting one of the world’s most fertile regions to reclaim its agricultural past. But instead of turning to big agribusinesses, officials are recruiting everyone they can to combat the cost of imports, which have roughly doubled in price over the past decade. In Jamaica, Haiti, the Bahamas and elsewhere, local farm-to-table production is not a restaurant sales pitch; it is a government motto.

“We’re in a food crisis,” said Hilson Baptiste, the agriculture minister of Antigua and Barbuda. “Every country is concerned about it. How can we produce our own? How can we feed our own?”

In a region where farming is still often seen as a reminder of plantations and slavery, the challenge runs deep, yet at regional meetings for years, Caribbean officials have emphasized that “food security,” primarily availability and access, is a top priority. Many countries are now responding, branding foreign food like meats and high-calorie snacks a threat, and locally grown food responsible and smart.

Jamaica started earlier than most. A decade ago, the government unveiled a national food security campaign with the slogan “grow what we eat, eat what we grow.” Grocery stores now identify local produce with large stickers and prominent displays.

Members of rival political parties have also been mostly unified in support of expanding agriculture by experimental means; Jamaica is now one of several countries that have given out thousands of seed kits to encourage backyard farming".


Much like Victory Gardens here in the U.S. during WWII, they are planting small gardens wherever they can.
There was a small burst of this same thing here a few years back but it kind of sputtered out.

With the price of everything going up, especially fresh fruit and vegetables,even a five gallon bucket growing a small basket full of tomatoes can very easily save you twenty bucks, all by its self.
One bucket.

For those who are growing their own gardens,the explosion of GMO crops and the consolidation of the seed industry is making it more and more difficult to find true, genetically pure seed to store.
Hybrid seeds do not reproduce the same quality of fruit or vegetable year after year. They revert back to the dominant parents features.

Heirloom varieties have been reproducing naturally for thousands of years without any man made interference and produce the genetically same produce year after year. 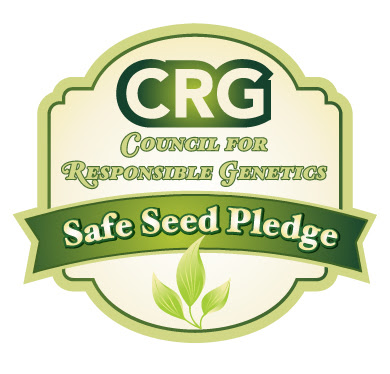 Unfortunately, Heirloom seeds are now getting harder and harder to find and the prices keep going up and up.

There is a one man outfit down in Texas who buys these seeds in bulk and doesn't jack the price up for the sole purpose of maximum profits.
Something EXTREMELY rare these days.

The name of this outfit is Jebadiah Fisher Garden Seed.

The proprietor's name is Bill Nye.

I have absolutely no financial incentive for recommending this to you.
No hand outs, kick backs or anything else.

Bill is as honest as the day is long and will customize an order just for your needs. He also has package deals he advertises at his site.

His pricing has caused an uproar in the seed selling world on the internet because he is exposing just how much markup the other dealers are charging.

If you want the best deal you are going to find on true, natural garden seed,herbs or spices, give Bill a yell. 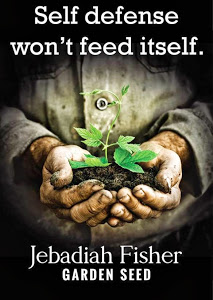 You will save money up front and later down the road when you start to harvest the results.

Best of all, you can start saving mature seeds to keep propagating your gardens year after year.