Get Yer Ass In School. Stupid 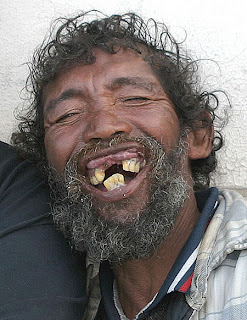 And ya wonder why yer kid is as dumb as a rock.

That is because their teachers are dumber than a  fucking truck load of them.
I ain't no wizard but I can speak clearly when I want to, I can even spell sometimes too.

File this under the stupid shit that their parents can't even get straight.

We are fucking doomed. Go read this and ask yourself just What, The, Fuck.

A fact will stink the minute it has been exposed and continue to do so forever.

Unfortunately, forever seems to have an expiration date these days and some ignorant cocksucker will put the revised history into a fucking school book, that you pay for and have your kid tested on and ingrained into his/her head forever and ever, Amen.

Jaysus rode a Brontosaurous and the world is flat and six thousand years old.

All that and being taught to our children in school as Gospel.

I am banging my fucking head on the desk.

If this is the legacy we are leaving our children, we are beyond fucked.
No fucking wonder the Chinese and the Japanese are kicking our fucking asses when it comes to education  and career performance.

For fucks sake, I had a conversation in the early nineties with a relative in Nebraska who has a few thousand acres of Corn about Plate tectonics. Hard core Right Wing but he was at least open to the conversation and I finally convinced him it was real.

Now we are going back to the mid thirteenth century and it is being propagated to our fucking children by ignorant fucking bastards that can't even be bothered to pay attention to RECENT FUCKING HISTORY!!

I thought those idiots in Texas were bad and they are but this is just getting ridiculous.

Get your political bullshit out of our school systems and teach our kids the fucking basics.

I absolutely hated school but that's because I was smarter than some of my right wing teachers.

I once got into an argument with a Bible thumping old bastard football coach who was also a teacher who told me there was no such word as procreate. This was a full fledged Bible Thumping rascist motherfucker too, way back in 1978!
He had some little cheerleader bitch back him up just to try and humiliate me in front of the class.
I swore then and there that no one in that school would ever know the extent of my vocabulary or just how smart I was.

I graduated with a 1.2 grade point average* just to get the fuck away from all the fucking ignorance that they called a High School Education. I was markedly dumber after I finished than I was before I went in, they have the test scores to prove it.

It seems some things will never change in this country.

If there was ever a mortal sin that could be committed purposely, keeping your children ignorant is it.

That is what we are supposedly fighting against in the Near East, when we aren't just killing the poor fuckers outright in the mean time.

Shit, ninety percent of our chilren couldn't even begin to tell you what the Near East is, let alone compete against them in a head to head Q and A.

Ya might as well start banging that stupid cousin of yours with the big tits and help speed the process along.


* I graduated from a two year college with a 3.7 grade point average and honors, showed up half drunk most of the time too. A 4.0 was just showing off.
Posted by Phil at 2:30 AM