Why Should You Give A Shit?

Ya know, this has been bothering me all day, ever since I read the following article.

Why? Because that would be me in his situation.
Give me a few months and we could be look a likes.
Good lookin feller.
Meet Marvin,"Popcorn", Sutton, as he was. 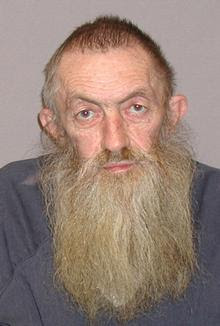 I feel for his daughter but I know where the guy was coming from and that is something that is hard to articulate.

Hardscrabble, get it done, do what ya got ta do, this is the face of America past.

If you would have asked this man what pressing button A and button B at the same time would do, he would have spit tobacco on yer shoe and called ya daft.

Ya know damn good and well he knew more about getting by and surviving than three hundred blocks of people in down town New York City would ever know.
I think that is what is bothering me about the abrupt loss of this particular individual. He knew how to get by and thrive at the same time.
One more loss for this country, an individual with balls.
This guy was a real, live, American.

No such thing as a seat belt law, cell phone law, the kind of feller who would take his hat off in the presence of a lady and would help you get a cow back inside the fence on a Sunday night.

There ain't that many folks left in this country.

I never met the man, never even heard of him until today but I mourn his passing.
The amount of knowledge that passed with him will be missed, the fact that he decided who was in charge of his destiny and who could kiss his ass is priceless.

My condolences to his family and especially his wife, who he left behind.
She might not be so glowing in her remembrances but that is understandable, I would have to think he just might be a little Ornery.
In my opinion, this country could use a few million just like him, bet me he could shoot straight.
God Rest Yer Soul, Popcorn.


If his daughter ever reads this, my condolences that you did not get to see him again but that was for your own good, guaranteed, in his eyes.

H/T Fark , you guy's rock for finding the best stories.
Posted by Phil at 8:25 PM