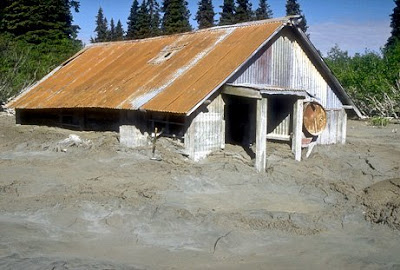 Yer dumber than a box of cat shit.

Stupid fuck, next time someone tells you there is a Hurricane coming your way, remember me.

To be real, we both know that you are not smart enough to pick on Volcano monitoring by yerself, that is a given.

By now, who ever was the Dumb bastard that put that talking point into your speech is now trying to find daylight out of the bottom of your parties deepest shit list.


Unfortunately for you, ya spit that talking point out on National television like you knew what the fuck you were talking about.
I know damn good and well you have been taken to the woodshed by a ton of other folks but if you think for one fucking second that I am going to let that slide, I have some real cheap recreational property to sell you, called Mt. Redoubt, Ya got no doubt.
Bring a shovel and tell all yer friends, they have lots of money I hear.
Posted by Phil at 10:20 PM

Labels: Assholes getting their asshole examined