After the despicable display of Police State tactics used at both major political convention this past month, the Mayor of St. Paul has decided to drop misdemeanor charges against all journalists caught up in the mass arrests.

Charges will be dropped against journalists who were arrested and charged with misdemeanors for unlawful assembly during the Republican National Convention, St. Paul Mayor Chris Coleman said today.

Many reporters, photographers and bloggers were among the 818 people arrested during the Sept. 1-4 convention. Many were trapped on a bridge with protesters on the Thursday night, just before Sen. John McCain made his acceptance speech. Police had warned the large group to dissipate, then closed in from both sides of the bridge and made mass arrests.

The mayor's ruling applies only to journalists getting misdemeanors, but he said that, with the proliferation of alternatative media covering the convention, the definition of journalist will be broadly applied as they try to ascertain identities and credentials. City officials said they're not sure how many people this will affect. - Joe Kimball


Sorry, not good enough.
Here is what I have to say to you thugs; 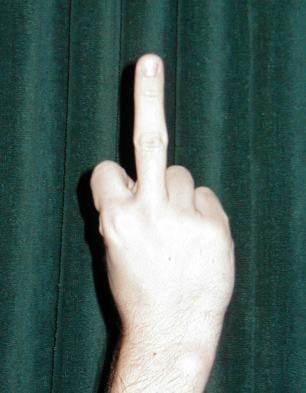