This, Is Why We Prepare 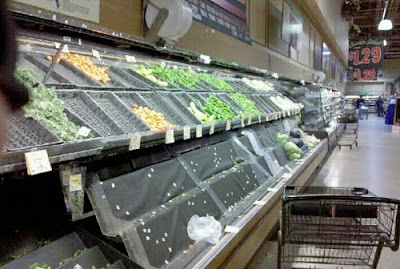 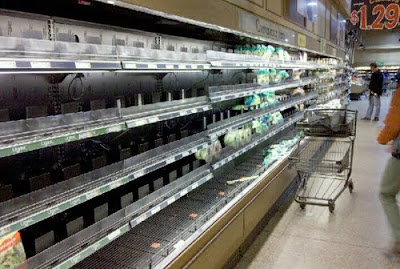 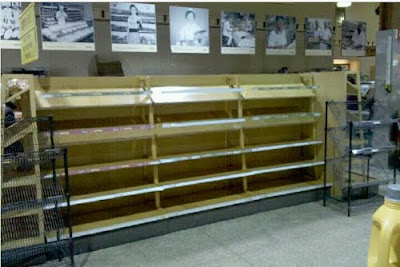 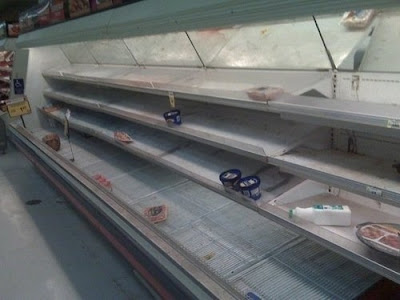 If you lived in the Washington DC area right now, this is what you would see at your local Safeway.
They are forecast to get between twenty and twenty eight inches of snow shortly and everybody and their dog panicked and cleaned out the store.
Imagine not only not having food and lights and such already stored but being broke to boot?

This is a recurrent problem in this country and it seems a lot of people have the memory of a fucking gnat.

Just tonight, I went to get some beer, as I was leaving, there is a discount store next door and I got in the truck and started to drive off but that damn discount store started calling me. I didn't ignore it, either. I parked and locked the truck and went inside, not having a clue what it was I was going to find.
I went up and down five aisles before I found it,Quart jars of Prego Mushroom spaghetti sauce for a buck and boxes and boxes of different kinds of pasta for seventy five cents apiece.
Twelve dollars and fifty cents later, I hauled out enough to eat on for a week straight, easily.
I also got three packets of Country gravy mix, some Hamburger Helper, a bag of rice and a bag of pinto beans. For twelve fifty, I bought enough food to eat on for three freakin' weeks. Who cannot justify that?

Call me crazy all you want, I'll just fart in your eye and pick my teeth when there isn't a damn thing on the shelves.

H/T Gawker for the pics and the article I swiped 'em from.
Posted by Phil at 8:30 PM