Poor Mittster, he is already playing the victim card, as we all know just how quick these Republican fucks are in doing .

Now it's "The Vast Left Wing Conspiracy" in the media who is out to terminate his run for President like an unwanted pregnancy.

Just for shits and grins, I am going to quote the formidable Suzie Madrak and swipe her graphic on just who dominates the fucking air waves day in and day out, as if you weren't already quite aware.
In case you live in a vacuum, Driftglass is the Go To guy who eviscerates the "Mouse Circus" on a regular schedule.

Back to Suzie, nice opening salvo, I must say;

Every single time you turn on the TV or radio, it's just another damned communist hippie.

Damn, how could she forget that ever present douchebag KKKarl Rove or their maniacal sisters from different mothers Michelle Bachmann and my personal favorite, Sarah Palin?

It must be the PTSD.


Now get a load of who is backing this horde of misinformation specialists,

Now it just gets pathetic.

Romney was making an appearance on Breitbart TV and was asked by host Larry O'Connor whether he was ready to take on "the media and these nonprofits groups that are working together."

"There will be an effort by the quote vast left wing conspiracy to work together to put out their message and to attack me," Romney said in response. "They're going to do everything they can to divert from the message people care about, which is a growing economy that creates more jobs and rising incomes. That's what people care about."


Romney said dealing with journalists, many of whom he said were biased, was a perpetual problem for Republicans.

"Many in the media are inclined to do the president's bidding and I know that's an uphill battle we fight with the media generally," Romney said, before praising O'Connor for offering a conservative voice.

Cry me a fucking river you whiny bitch.

Jesus Christ, the Republicans have their own dedicated propaganda wing in Fox News alone.
If you think us "libruls" have anything approximating a vast Left wing conspiracy in the media, I would very much like for you to take a moment, after re reading the list of right wingers who are on television and dominate the radio airwaves every week up above, to take a long hard look at what we are up against. 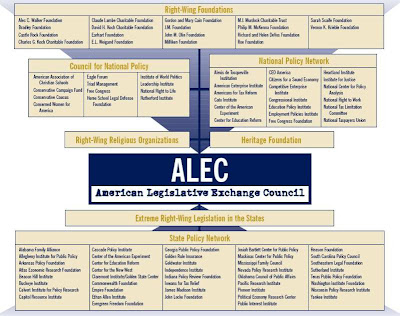 They pour millions and millions of dollars,EVERY WEEK, into trying to brainwash us.

The Left wing has nothing to counter this effectively.
Yet, we do manage to get our shots in and when we do, they tend to leave a mark.

So, like I said, count me in.
If my little spit wad shooter of a Blog happens to put one down the gullet of one of these fuckers and chokes them up for a minute, I will consider it a minor miracle but hey, every little conspirator counts in this game.

Major props to Suzie, she is one of our better players.